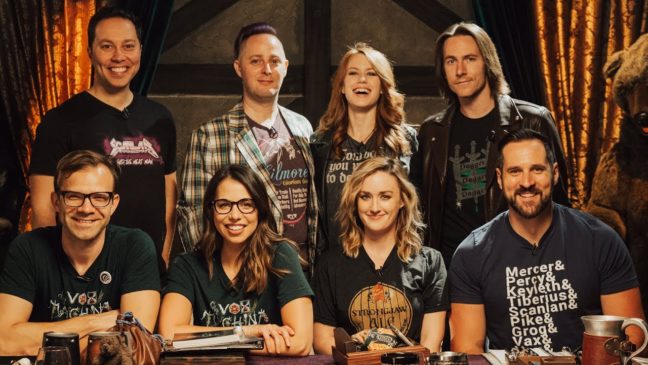 A few months ago, following an interesting discussion on Reddit provoked by my post on creating awesome characters, I put the following question to Twitter: are roleplaying games an art form?

In hindsight, it might have been better to ask, ‘can roleplaying games be an art form’. Perhaps the wording would have made a difference. For what it’s worth, 17 out of 20 respondents agreed that yes, roleplaying games are an art form. Of course, a sample size of 20 is clearly not representative of much, but, nonetheless, it is interesting that the response was not unanimous. If the question had been ‘can photography be an art form’ ­– or ‘cinema’, or ‘the novel’ – would 15 percent of respondents have said ‘no’?

I believe not only that roleplaying games can be considered as a form of art, but also, in many ways, that they should be.

There is, of course, no universal consensus on what constitutes art. However, looking up definitions of ‘art’ in a dictionary or an encyclopedia, there are, at least, some recurring ideas:

I would argue that a roleplaying game can possess all these qualities, and I don’t think it is particularly controversial to say so. The first three bullets, especially, are clearly fundamental to roleplaying games as a form. By their very nature, roleplaying games are creative, expressive, and imaginative. But what about the next three?

Roleplaying games are certainly capable of exploring big concepts, just as all stories are. A D&D campaign could choose to focus on a the horror of war, for example, or the lure of power, or even some of the most profound and universal questions in world literature like mortality and morality: what it means to be human and what it means to be evil. And with these questions comes emotional power. Just watch Matt Colville’s passion here as he discusses the climax of Critical Role’s first season (spoilers):

From a rules perspective, this moment was about burning a 9th-level spell slot to cast counterspell. But fans of the series will appreciate that there was far more to it than this, and Sam Riegel’s tears are a powerful testament to the impact the decision had on him. (Incidentally, Matt Colville explicitly refers to Critical Role as a work of art here.)

What about technical skill? After all, the greatest revolution in 20th-century art was the creation of conceptual art, and with it the recognition that an artwork can be judged on something other than the artist’s technical skill. Duchamp’s Fountain (1917) is widely recognized as the formative example of this. So, of the six bullet points, technical skill is arguably the least essential. Regardless, even if that is one of our criteria, it is clear to anyone who has DMed a game of D&D that roleplaying games require skill, especially if you then go on to watch master like Matt Mercer or Chris Perkins do it. If DMing isn’t a skill, then neither is acting or writing. To some extent, it is a combination of both, yet something else entirely at the same time.

If, then, to be considered art, something needs to be creative, expressive, and imaginative, to have emotional power and the potential to explore big concepts, and if it should in some way showcase technical skill: well, roleplaying games tick all the boxes. But perhaps there is a definition of ‘art’ which somehow excludes roleplaying games like D&D.

Why roleplaying games are not art

In my very first post for this blog, I reflected that roleplaying games are special because they are collaborative, immersive, improvised, and unpredictable. Do any of these things preclude RPGs from being ‘art’?

We like to think of artists as geniuses: individuals of exceptional ability and skill. We build statues to them, hang their portraits in galleries. And certainly, there have been some truly extraordinary people throughout history who have created truly extraordinary art. But it is a mistake to think that art cannot be collaborative. Shakespeare, for example, was known to work with other writers of his day and stole liberally from them, to the extent that Robert Greene famously called Shakespeare an ‘upstart crow’ (Shakespeare having reworked Greene’s Pandosto into The Winter’s Tale). And can a playwright’s vision truly be accomplished without a performance by actors? Likewise, many of the great masters were known to paint only the hands and faces of their larger pieces, and would leave the rest of the composition for the artists in their studios to complete.

Art can be immersive, too. Immersion is essential in cinema, for example, and is arguably part of what the Romantics referred to as the sublime, masterfully captured in Casper David Friedrich’s Wanderer above the Sea of Fog (pictured above). But what about improvisation and unpredictability? There are, of course, improvisational theatre companies, but even beyond the theatre world, there are many artists would argue that there is an improvisational quality to their work: an unconscious birst of creativity or moment of inspiration where the artist is not completely in control. It is perhaps most vividly demonstrated in the work of Jackson Pollock (eg, below). In D&D, that randomness is provided by dice rolls. Does that devalue it as a form of art?

I do not think these distinctive qualities – collaboration, immersion, improvisation, and unpredictability – should be seen as a sign that RPGs should be excluded from being ‘art’. Rather, I believe they are exciting and unique innovations. Cinema is not theatre, and roleplaying games not literature, but all have the potential to be art.

It is perhaps worth mentioning here that virtually every new art form was controversial when it first emerged. Prose (‘novel’ literally means new, of course) had a lower status than poetry. So did drama. Until the late Middle ages, English – the vernacular – had a lower status than French and Latin. Incredibly, the University of Oxford did not consider English Literature to be a subject worthy of academic study until well into the 19th century. And even today, there are still art critics who believe that cinema and photography are not true artforms.

It’s often unsaid, but there is also a certain snobbery in the art world around art that is made to be popular and enjoyable. Comedy often has lower status, for example, and popular, modern creators like Banksy, Stormzy, and J K Rowling are given less status than older, more establised ‘greats’. D&D is, of course, a game, and Rule Zero is, essentially, to have fun. Perhaps this seems antithetical to the purpose of art.

However: once again, this is a misconception. There is a rich history of art that is both popular and critically admired. Shakespeare was enormously successful in the London theatre scene. Dickens was the most popular novelist of his time. There are more surviving copies of The Canterbury Tales than just about any other literary text in English from the period. It was the medieval equivalent of a ‘bestseller’. So, yes, D&D is designed first and foremost to be a fun game. But why on earth should that mean that it can’t also be art?

Why does this matter?

If D&D a game, and primarily intended to be fun, why does it matter if it is considered an art form or not?

It’s a fair question, and perhaps to some readers, it doesn’t matter. For many people, though, deciding whether or not to classify something as ‘art’ is also a value judgement. ‘Art’ is superior: for better or worse, if something is seen as ‘art’ then its cultural status is raised. It transcends normal entertainment. It becomes part of our broader conversation about what it means to be human. It is recognized and respected.

For me, then, this debate isn’t about pretension: it’s about validation. It’s about recognizing the emotional, creative, intellectual power that RPGs have and pushing the boundaries of what RPGs can do as a form still further. Shows like Critical Role have been trailblazers here. But the debate about whether RPGs are art is also about aspiration: about acknowledging that the golden age of RPGs that we are living in is the start of something, and that artist will be doing even more exciting things with RPGs in the years to come.

Consider the novel, which first emerged as a form in the early 1700s. The golden age of novel-writing – and this is of course extremely subjective, but also not particularly controversial – began around a century later, culminating in works like Middlemarch (1871–72), Anna Karenina (1877), Madame Bovary (1856), and Ulysses (1922). Similarly, the first talkies appeared in the late 1920s, but the Golden Age of Hollywood – and again, this is subjective, but also backed by critical consensus – was the late 30s into the 40s, 50s, and 60s. D&D was the first commerical roleplaying game in 1974: now, in 2020, thanks largely to streaming and the popularity of the 5th edition ruleset, it’s the closest it’s been to mainstream that it has been at any point in my lifetime. Long may it continue.

In closing, though, I do want to be clear that this is not about ‘gatekeeping’ what D&D is, or what roleplaying games are in general. I don’t get to define what D&D is: it means different things to different people. For some, it’s a tactical wargame. For others, it’s improvisational theatre. For many, it’s an ingenious mix of the two. And for hundreds of people, it’s just a lot of fun. This article is about the potential for roleplaying games to be considered art, and it is my belief that, for too long, they have been left out of our cultural conversations, and undervalued. By recognizing RPGs for the potential they have, this can, I hope, be finally reversed.