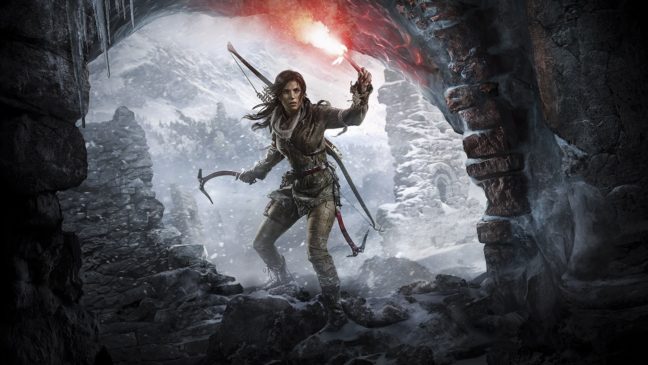 Over the summer, I replayed through some of the latest Tomb Raider games. I’m a big fan. For me, they achieve a really nice balance between several different gameplay elements: exploration, puzzles, stealth, and, of course, combat. And these are all elements you can embrace in D&D!

In this article, I’m going to explore how you could recreate the ‘feel’ of Tomb Raider in your Dungeons & Dragons campaign. If you’re a fan of similar games – the Uncharted series or even some of the old LucasArts Indy games – much of this advice is transferable. However, this is not really a guide to recreating Lara Croft as a D&D character. But, hey: if you want to be a thief-archetype human rogue with dual hand crossbows and the noble background, I’m sure no one will mind.

There are a few stumbling blocks to cross with a Tomb Raider–style approach to D&D.

Firstly, Tomb Raider is a very visual video game, and many of its platformer elements – jumping, climbing, balancing, tumbling, etc – may need to be stripped back a bit for tabletop play, especially where there are multiple moving parts involved and the exploration takes place across all three dimensions at once (eg, here and here).

Secondly, D&D is a fantasy game with spells and magic, and some of the Tomb Raider–style puzzles are going to prove less of a challenge to groups with access fly, teleport, telekinesis, and so on. Even low-level spells like misty step and mage hand could be used imaginatively to negate many Tomb Raider puzzles.

Finally, for most of the games in the series, Lara is on her own and has to be self-sufficient, whereas D&D is fundamentally a party-based game. This last problem is arguably less significant than the others (not least because solo play is possible) but could still prove tricky for the dynamics of the game. If a puzzle requires athleticism and acrobatics, for example, and you’re playing a slow and clumsy dwarven cleric in full plate . . . you’re going to have a hard time.

What are the solutions?

The world of Tomb Raider

By default, D&D settings are quasi-medieval fantasy. Gun-toting Lara Croft, on the other hand, is fundamentally modern. So what makes a D&D world feel like Tomb Raider?

Tomb Raider has never been just an action game, and if it were a D&D game, exploration would be the most important of the three pillars. How, then, can we capture the excitement of exploring a new tomb and solving ancient puzzles?

Gunfights seem to have become a bigger part of the Tomb Raider series over time, especially since the 2013 reboot, but it’s clearly an element that many fans of the series are OK with. Tomb Raider is still not a first-person shooter, though, and combat in the game comes with its own particular flavour.

A Tomb Raider–style game might be a fun one-shot or it could form the basis for a whole campaign. Give it a try!