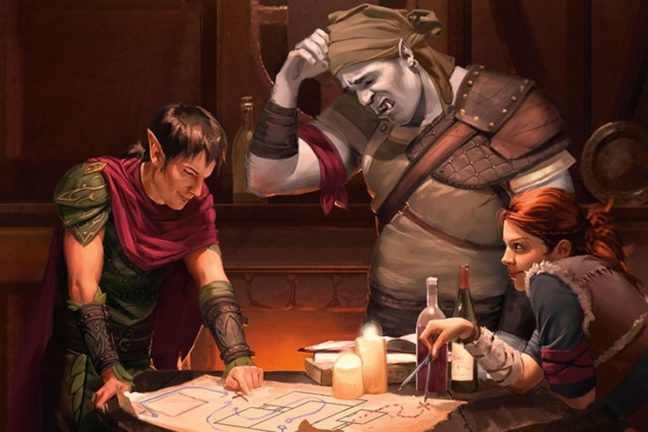 Back in lockdown, I was able to DM and play in four or five games a week. Since term restarted, that has gone to pot rather. Being a DM can seem like a full-time job, and there will be weeks (like this one, in my case) where you just can’t find the time to prep.

How do you get around that?

If you’re like me, you hate doing this. It is a last resort. As a DM and a player, I can forget an awful lot in the week between sessions, and if that goes up to two weeks, then it’s easy to lose momentum.

At the end of the day, though, DMs are human. Life gets in the way sometimes, and if your players are your friends, they will understand this. DM burnout is real, and most DMs are guilty of overthinking what the players expect of them. If you take a week or two off, no one will judge you for it. Similarly, if you come to a session having done a bit less prep than you’d like, your players probably won’t notice and probably won’t care. They want to make jokes, roll dice, and feel badass. You don’t need much prep for that.

If you do take a week or two off, why not ask if someone wants to do a one-shot? We all have a crazy character concept knocking around somewhere: now’s your chance to introduce them! (Mine was a goblin maniac called Rakanishu who cut people down to size with serrated scimitars and yelled out Borderlands-style insults like ‘I’m going to play the xylophone on your spinal column.’ It was fun – if disturbing.) Or, if your players are up for it, run a different system for a session or two. I’ve been meaning to try Feng Shui 2, Call of Cthulhu, Adventures in Middle-Earth, and Dungeon World. Who knows? Maybe you’re fall in love with the system and leave D&D behind. Maybe you’ll find an element of the system that you want to incorporate into your regular game. Or, maybe a brief diversion into another system will remind you what it is you liked about D&D all along.

If you’re pushed for time, run a dungeon.

Storytelling is hard. Roleplaying NPCs takes energy. Both, in my experience, require a degree of nimbleness on the DM’s part. Dungeons, on the other hand, are self-contained and predictable. If you’re pushed for time, you can grab a map, roll up a few random encounters, and your players will have plenty of fun. This is D&D: combat is a big part of the game. There’s a whole chapter on it, for goodness sake.

I wrote about improvising dungeons on the fly earlier last month.

This is a tip from Sly Flourish – and it’s a good one.

The start of your session is the one scene you have complete control over (more or less). After this point, the players can take the game in all sorts of whacky directions, but the strong start is plannable. If you’re pushed for time, then, and you can only spend half an hour prepping, think about your opening scene. Plan it in the shower, on your way to work, on your phone, in your lunch break . . . what can you throw at the players that will make them sit up and listen?

This might seem like a bit of a cheat, but there are ways to fill the airtime of a session without increasing the prep load for yourself.

Let the players take over

DM overreach is a thing, and sometimes DMs overprep because they feel they owe the players a good time. As with rules-lawyering, it’s a sentiment that comes from a good place – but it’s problematic.

The DM is not solely responsible for the fun that’s had at the table. Players have a part to play, too.

Everyone’s a bit different in this regard. Some DMs are very active storytellers and bring a lot of themselves to the table (Matt Mercer, for example). Others – Chris Perkins, for example – can seem quieter, and seem to spend a lot more time listening. Neither approach is wrong. At the best tables, though, it is never just the DM who is contributing towards the story. So, step back a bit. Ask your players questions. Get them to describe something in the room; talk to them about what happens when they rest; find out what’s interesting about their journey. Ultimately, relax: let them do some of the prep work for you