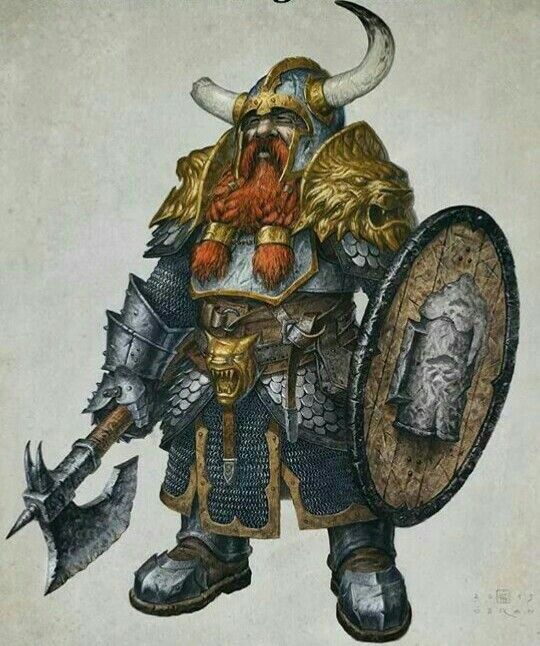 How do you go about creating a character in D&D?

Most of us follow the step-by-step approach in Chapter 1 of the Player’s Handbook. We roll stats, we choose a class, a race, and a background, and we pick out equipment and spells. We might shake up the order a bit, but I imagine this is where most of us start.

What if someone told you that none of this really mattered that much?

In praise of human fighters

In fantasy fiction, there is no character more common than a human fighter.

In A Song of Ice and Fire, Jaime Lannister is a human fighter. So is the Hound. So is Oberyn Martell. Boromir is a human fighter in The Lord of the Rings. So is Aragorn. So is Éowyn. They are all fantastic characters, but in D&D terms, they are the same class and race. Not only that, but they are probably the most ‘vanilla’ race and class in the game. Being a human fighter doesn’t have to be boring.

In the same vein, unusual race-class combinations don’t make your character interesting. Or rather, they don’t necessarily make your character interesting. Plenty of great fantasy characters would have had an unusual race or class if they had existed in D&D. Smaug, Treebeard, and Gollum are definitely not human fighters, and they’re great: but it’s not being a dragon, ent treant, or a skinny, grey fish-chomper that makes them memorable or special. If the only interesting thing about your barbarian is the fact that he or she is a gnome . . . well, that’s probably not going to be interesting forever.

(It’s the same reason why I’m sceptical about the ever expanding list of playable races in 5e D&D. As of writing, we now have elephant-people, lion-people, cat-people, hyena-people, snake-people, fish-people, two kinds of birdpeople, and seven kinds of elf: yeesh. Your world isn’t more interesting just because it looks like a Mos Eisley cantina. In fact, I would go even further: the less human your character is, the less real they seem, the less we empathize with them, and, ultimately, the less we care about what happens them.)

From a mechanical standpoint, race, class, equipment, spells etc can all make a character interesting to play. But from a roleplaying perspective, you need something more.

It’s the difference between character and characterization.

I would argue that it’s this bit, here:

It’s a section many of us don’t think about too much, tucked away in a corner of the character sheet somewhere. It’s often an afterthought: we pick a few ideas from the background tables in the Player’s Handbook or roll it randomly, but it’s not very important to us. Some players don’t even fill it in at all, and never plan to.

In D&D, I think of race, class, equipment and so on as characterization: attributes. And that’s just for starters. You could also add stuff like backstory, appearance, height and weight, age, family, friends. Don’t get me wrong: this stuff matters enormously. When you introduce someone for the first time, this is the stuff you tend to lead with in your description of them. But it’s still not character.

Robert McKee is an author and lecturer. His students include Andrew Stanton (WALL-E, Finding Nemo), Paul Haggis (Million Dollar Baby), and Peter Jackson (yes, that one). He calls character this: the choices we make under pressure. Fiction is driven by conflict, and it’s when we push our characters into difficult situations that we really start to know who they are. What motivates them? What are their values? What are their dreams? What are they most afraid of? What will they kill for? Who will they die for? Without these internal conflicts, our characters are a detailed description, but flat, hollow. It is not until we reveal their deepest internal conflicts that we start to breathe life into our characters.

This is something that Fate Core really appreciates. In Fate, when you make a character, you define their ‘high concept’ first and their ‘trouble’ second, and your trouble should be something that complicates your character’s existence in a significant, meaningful way: a dark impulse, a problematic relationship, a temptation, a personal struggle. To some extent, the ‘trouble’ in D&D is externalized (‘whatever the DM throws at us’) or randomized (‘my low Dexterity makes me clumsy and slow’), but is that enough on its own? If you want your character to be engaging, convincing, developed, and unique, start with the internal conflict.

This article is already getting a bit long, so I will keep the next bit short.

At the start of this article, I suggested that race, class, background and so forth don’t really matter that much. It was meant provocatively, of course. D&D is a fantasy roleplaying game, and from a gamist perspective, these decisions matter a great deal. However: if you’re interested not just in playing a great game but in telling great stories, then characters matter, and great characters are more than a cool race-class combination.